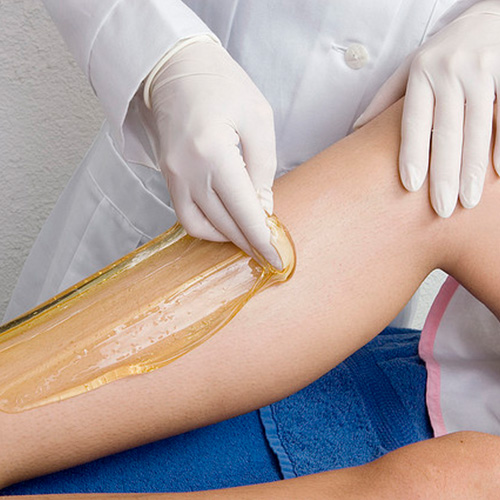 What's the Difference
Between Sugaring Hair Removal and Waxing?

Body sugaring is the preferred hair removal method over waxing for many reasons, most notably it is typically less painful or irritating to the skin than body wax. Below are more details and differences:

See how sugaring is done, and discover why people are making the switch from waxing to sugaring hair removal.